You Deserve? How so?

“When someone uses the word ‘deserve’, I cringe. Wonder why,”  I raised voice enough to let it waft through the open door of our Rector’s office.  I wanted to tap the wisdom of a man I respected and loved.

Rev. Kim was finishing prepatory work for one of the Committees of the Anglican Church of Canada. He had a meeting in Toronto; a trip that usually taxed him in a variety of ways.

I was helping in the Parish office where there was seldom time alone with Kim.  Opportunities to discuss life with 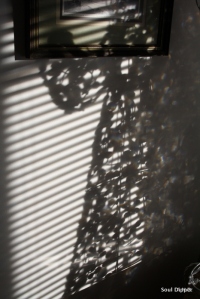 “Ah, yes…” he said, followed by his chuckle; a guarantee there was more to come.

As a child, Kim was diagnosed with Cerebral Palsy.  However, in his 50s, except for his gait which he supported with an interesting “staff” and some loss in the use of his left hand, there was no indication that the disease affected this wise and brilliant man.

A Canadian prairie lad, Kim attended the University of Cambridge where he studied Theology, majoring in History.   Likely because of his love of history, he could bring interpretation into his sermons with a clarity that needed to be followed by 5 minutes of silence.  I didn’t feel like standing up immediately to belt out a joyous offertory hymn.  I wanted to sit and meditate with the Christ energy brought through the sermon.

Instead, I wrapped his message as if it was a hot ember.  I folded it into my memory’s damp moss and carried it into the coming week.  Life presented the perfect kindling for igniting the ember into a blaze.

Yes, I provided most of the ‘air’ needed to raise the blaze.

“Who is claiming the deserving?  You or the other guy?” Kim said.

“Either.  Doesn’t matter if people claim they deserve something or say I deserve something.  It all clangs like a cracked bell.”  I walked to his office door to check his expression.  “I’m beginning to wonder if it’s me!  Am I suffering from feeling “undeserving”?”

Kim said, “When people claim to deserve something, it usually means they need something else. The cry for ‘deserve’ is often a cry for love.”

We were interrupted.  However, he’d given me an ember. 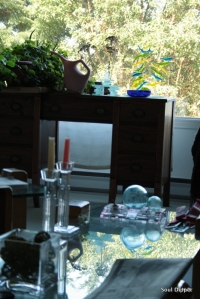 Two days ago, I had the opportunity to blow on the ember.  It took blaze over Face Book when the wife of an Anglican Priest in England cleverly set up an invitation: “Good people deserve good things.  Bad people deserve bad things. Discuss.”

Her thread became full of great commentary and I appreciated the different points of view.  I welcomed signs of critical thinking as well as her subtle reminder of the upcoming Easter season.

The word still doesn’t sit well when I hear it.  At this point of my life, the air I blow on this ember is this:  We don’t have to focus on “deserve” when we know we are loved and accepted just as we are. Life’s challenges come and go – it’s what life is for.

It’s not about deciding whether or not it’s deserved, it’s about how we deal with it.