By souldipper November 25, 2015
Sister Donna, 13 years older than me, said, “You realize each of us five kids had a different mother. You being the youngest, you got the best of her.”
“Ya think?” I said, “Maybe by the time I came along, mom was either too tired or too confident to worry about a bunch of rules.” 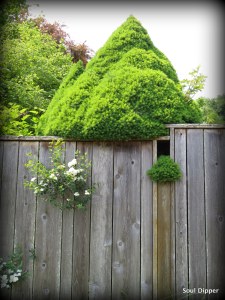 Branching out while still under the protection of the parent.

I did, in fact, have rules. However, they were agreements because Mom and I worked them out together. I respected the boundaries because I understood Mom’s concerns and she respected mine. As a teen, I appreciated having an adult’s trust and didn’t want to damage it. Living and maturing within the structures of OUR guidelines, I was free to discover my mettle.

Then I set out in the world. I discovered a down side to having this style of parenting. The world wanted to tell me what to do.  It didn’t exercise the fairness of my Mom. I faced a new learning curve.
The worst offender was my brother Richard, 10 years older than me. Even years later his autocratic approach dominated our relationship.  When Mom and Dad retired, they came to my husband’s and my location, bought a small house and organized a corporation of caregivers.  My role was to pitch in when help was needed and, otherwise, be their support in managing their lives.
As Mom and Dad aged and health became more of an issue,  I’d share my concerns with my siblings. Richard would quickly respond with, “You better… You should… You hafta…” along with all sorts of instructions.
I’d tear a strip off him and tell him to keep his suggestions to himself unless he was planning to come and carry them out.  He’d end up confused and I’d avoid talking to him.  As my Achilles heel, he represented a society insistent upon foisting opinions and orders on others at the first sign of any need. I didn’t like the fact that he, and those like him in society, had the power to push my too-sensitive button.
Yet I loved him. He was my big brother. While holding a number of hero qualities, he was also bossy enough to have me spitting at him in minutes. While resenting the idea of more conflict, I knew I had to defend myself. I decided to take the next opportunity to open this issue with him.
Finally one day, Richard and I were alone.  I began by admitting that I loathed being angry with him.  He listened and surprisingly, like Mom, he showed respect for my reasoning.  For once, I felt more than just “the little sister”.
Since then, we engage in conversation much better.  Instead of a battle of wills, we’re both better listeners. The button has quietly dissipated – with him as well as with others who give orders. I no longer feel determined to be heard by them.
What prompted this peek into my family life?
Having been raised in an environment full of freedom, it taught me to work with others, especially in areas that directly affected my life.  I grew a brand of confidence and courage that has helped me face many different challenges in life.  Since I have no children of my own, I often wonder about the effects of “helicopter parenting”.
My heart goes out to the young people who grew under the constant attention of parents.  How do they gain and test self empowerment?  Will these “Helicopter Kids/Young Adults” know how to take responsibility for their lives or will they carry an expectation that the world will keep hovering over them?
Or are they learning other skills to help them deal with the Achilles heels with more grace and far less frustration? 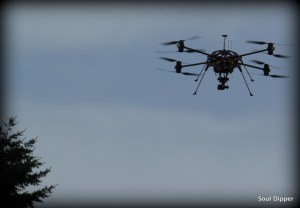 ***  A few days later…an article has come to my attention that describes how some “helicopter kids” are being “inspirationals”: