Angels in Charge of Maintenance

What happens if you add this: 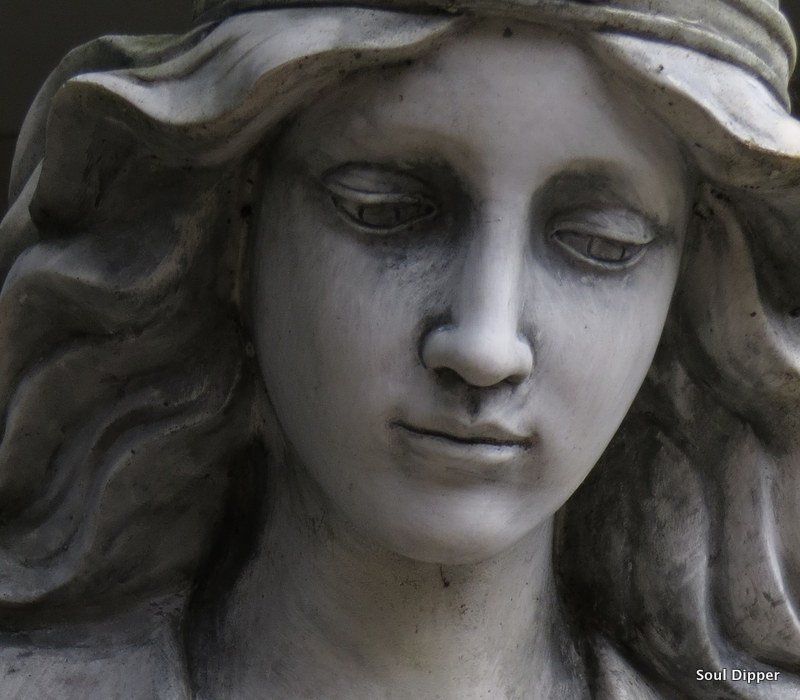 Did you guess this?:

Yah, I did too!  She moved in on Tuesday.

Angel and I set up an agreement.  She’s to look after maintenance in lieu of paying rent.

So why did water hell broke loose after her arrival?:

What’s going on?  Instead of living contemplatively with a piece of beauty adorning life, my focus, intent and view turned to this:

Three holes (covered by white “lids”) dug 3 feet deep and still no Septic Tank.  We know it’s here, a previous owner had the camera device confirm the location.  But which way was it installed – lengthways or not?  Where’s the tank’s lid?  Is it too much trouble for installers to draw a scaled diagram for the homeowner(s)?  Is it too difficult to put a structure over the lid that would allow access so the tank could be pumped easily?

I had appointments with two people.  A digger was to come to find the elusive Septic Tank.  After 3 days with no hot water, a plumber was coming to install a new hot water tank.  Both were only available on Thursday.  Could the digging be finished by noon – before the plumber comes?   Could I bathe by early evening in the silent presence of a fixed toilet.

Thursday arrived.  After a few hours of shovelling, I heard the digger talking to himself.  It persisted.  I looked out the window to find a panic stricken face mouthing, “Where is your water turn-off valve?”  I went out to discover a less elaborate rendition of the Tivoli Fountain starting in my back yard.  He had accidentally found the main water line buried where the tank ought to be.  He cracked the line open with his shovel.

Gobsmacked with fear, I calmly called the water company.  The Waterworks man was nearby and came within minutes to shut off the water – using THE special tool that the public is not allowed to possess.  Hmmmm…

With the fountain stopped, my diligent digger cleaned out the 3-foot-deep hole so the plumber could access and repair the water line once he arrived.  Plumbers are not readily available.  I went into the house, practiced some deep breathing, then phoned the plumber’s cell to forewarn of the added work.

Imagine my relief when his truck pulled in a half hour later!

It’s hard to hold firm one’s spiritual grounding in the face of maintenance demands bringing three men needing decisions all at once.  As I moved from one problem to the next, instead of feeling gratitude, a mental cash register taunted, “Ka-Ching!”

However, by day’s end, everything was fixed.  Even though the location of the lid for the septic tank was not determined, I waved to the last vehicle with great relief as it left my driveway.  Exhaling louder than a Grey Whale contentedly snorkeling through the surface of northern waters, I plopped wearily into a chair next to Angel and said,

“Angel, tell me again about your connections!”

35 thoughts on “Angels in Charge of Maintenance”